The Core of Hardshell Labs' DNA

Hardshell has created numerous novel devices for conservation purposes. These include tools for exploration and data gathering, such as semiautonomous and fully autonomous environmental monitoring. We have also made great strides using emerging technology for active wildlife management, that is, changing the behavior and distribution of problematic species or reducing their reproductive success to lower their numbers over time.

After aggressive Research and Development work over the last several years we are actively using the tools we have generated:

Remote Egg Oiling (REO)- We have extended traditional egg oiling, a method for preventing bird egg hatching, to include nests out of normal reach of the ground. Using our patent-pending Remote Fluid Application System technology, our devices are now in wide use as practical tools to reduce out of control raven population growth. We are promoting their use on a wider array of problem bird species over time in a wider range of applications to benefit a longer list of threatened and endangered species.

Current conservation use: REO is being used to reduce raven nesting success across California’s deserts for desert tortoise conservation and for the benefit of sage grouse in the Great Basin Desert of California and Nevada. In the past five years we have prevented thousands of raven eggs from hatching and are now examining nesting distribution data to see if ravens are changing their nest site choices in response.

The future: Wider geographic application of REO for conservation, both of desert tortoises and sage grouse and of a wider variety of threatened and endangered species beset by avian predators.

Current conservation use: Techno-tortoises, paired with motion capture cameras, are being used on a wide scale by the US Fish and Wildlife Service to generate unprecedented measurements of raven predation pressure on juvenile desert tortoises. For the first time, by using identical simulated tortoises across broad swaths of high value tortoise habitat we are able to compare the relative risk run by live tortoises in different parts of the desert. This allows targeted use of management tools by identification both of areas of critical need and those where the situation is not so dire. In addition, the technique allows us to track changes over time.

In addition, we are expanding the number of species simulated through the use of 3D printing. A group from Parks Canada is doing a first season of work with Blanding’s and painted turtles to investigate a mammalian predation problem in Ontario.

As part of a Phase 2 SBIR project with Cornerstone Research Group we have weaponized the Techno-tortoise, equipping it to sense when it is under attack and to respond by spraying the non-toxic avian irritant methyl anthranilate (a component, strangely enough, of grape skins) in their faces. Results from our first season of testing is very encouraging. After their first experience with the Techno-tortoise ravens don’t seem keen to mess with a little tortoise that can counterattack.

The future: Predation on turtles and tortoises is increasing globally. Expanding the use of the Techno-tortoise template to many other species is our immediate goal, but as the capacity to simulate wild animals expands so too will our use of this approach to predator aversion training.

Lasers- Many birds, including problematic predators such as ravens and many agricultural pests, are repelled by laser light. We are already using lasers in agricultural applications, thus gaining an indirect conservation benefit by denying the birds access to “free” food. We are also promoting their use for direct conservation purposes, such as driving ravens from high value wildlife habitat.

Conservation use: We are putting the power of laser light to repel birds to use in several ways. By denying them easy access to food in agricultural or landfill settings we are reducing their access to subsidies that they can use to make eggs. By using lasers in high value habitat for threatened and endangered species we can create raven no-fly zones where they matter most.

The future: We are working to increase the safety and ease of operation, including by remote operation, of our laser systems such that they can be widely used for habitat protection and subsidy denial.

The list of ecological challenges grows daily. Hardshell Labs will monitor the development of technologies that can be applied to meet those challenges and work to refine devices, expanding conservation’s tool kit. 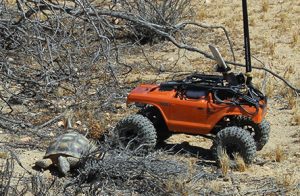 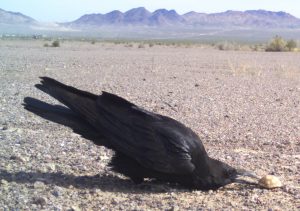 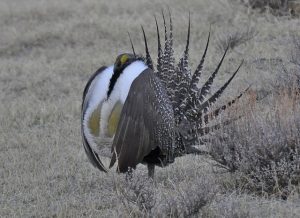