Many birds are agricultural pests and the challenge of driving them from crop fields and orchards is a significant problem. The scale of losses stretches well into the billions of dollars which creates a very promising opportunity for commercial development by Hardshell Labs.

In a survey conducted by Hardshell Labs at the University of California, Division of Agriculture & Natural Resource’s 2018 Pistachio Day proceedings, three out of four grower-respondents reported costly crop loss and irrigation system damage by pest birds, principally ravens. They estimated average losses of $1,700 per acre. Using specially designed laser equipment Hardshell Labs has successfully deployed, on a trial basis, a raven deterrence system/process to protect pistachio orchards during the critical periods. Raven numbers over the 30-acre test orchard were reduced from a maximum of 171 to zero in four days. For two weeks after the cessation of laser firing, ravens avoided the orchard and no pistachios were lost to the birds. Pistachio orchards often utilize small diameter, flexible Irrigation lines. These are also pecked by ravens and crows causing water loss damage demanding constant attention and repair and incurring material and labor costs.

Field trials indicate that due to raven learning characteristics, aversion to the orchard area is retained by individuals and may even be passed onto others in their group. Over 250,000 acres of pistachios are under cultivation in California, generating some 600 million pounds of annual production, representing 99% of U.S. production, second only to Iran on the world market. Losses to ravens cut into the harvest and can exceed 50% on small parcels. Currently utilized pest aversion approaches have little to limited effectiveness and can be labor intensive, expensive and polluting.

Hardshell is also experimenting with drone-based bird hazing for crop protection, with very promising initial results. Our technology and approaches can readily be transferred to other high value crops. We continually search for cost effective methods of discouraging pest birds from attacks on crops and agricultural infrastructure. 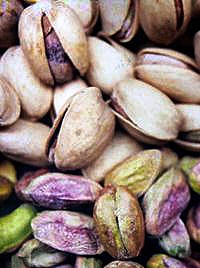 Dirty birds — simply put, pest birds at waste management and composting facilities, as well as dairies pose obvious health and safety concerns. The birds pick over what they want and tend to fly off the site’s perimeters to eat or carry scraps away, resulting in a scatter pattern of waste distributed around the facility and creation of a health risk vector. The concentration of large numbers of scavenging, excreting birds alone is problematic anywhere but livestock operations may be at particular risk of disease spread from bird fecal matter in water and food troughs. Methods to drive pest birds away from these sites yield two benefits: keeping the birds out of the site and denying the benefits of those resources to the pests, thus reducing their reproductive success and lowering their numbers locally and overall. 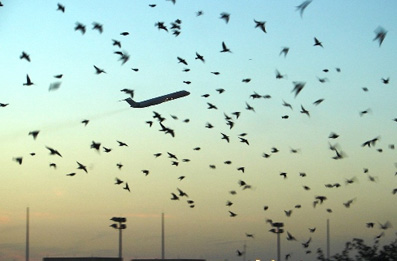 Bird Aircraft Strike Hazard (BASH) is a serious threat to military, commercial and private aviation. An airport’s open spaces attracts birds, increasing BASH. Hardshell Labs is collaborating with its technology partners to develop a number of creative hazing devices to discourage birds from hanging around airfields, including an AI assisted laser, and programmable aerial drones for deterring birds notorious as military, private and and commercial airport hazards. 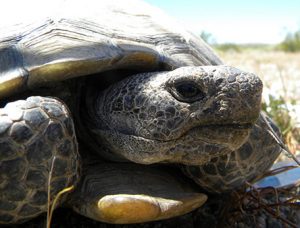 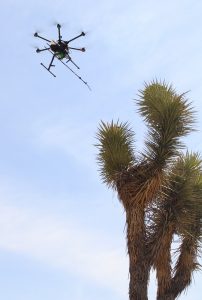